Producer Ekta Kapoor, and the cast and crew of

have a reason to rejoice. In no time, the supernatural thriller has become the most watched on the small screen. It has topped the TRP chart, beating other popular daily soaps by a huge margin.

and Yeh Jaadu Hai Jinn Ka are at the second and third spot respectively. But the two have lost their coveted position to Naagin 4. Long-running sitcom

continues to enjoy wide popularity and is at the fourth position.

Kapil’s show has climbed the ladder and moved to t he fifth position since the last time. After a dip, the comedian’s doing well professionally and personally. The ‘lady luck’ is shining on him clearly.

and Choti Sardarni continue being on the list of top ten. While the former is at the sixth spot, the latter is at the seventh.

, which was once the most watched show on television is now at the eighth spot.

, despite its several highs and lows, has slipped from the TRP chart to the twelfth position. It remains to be seen if the show’s extension works in its favour or not.

Here’s a list of the Top 20 most watched shows on the small screen: 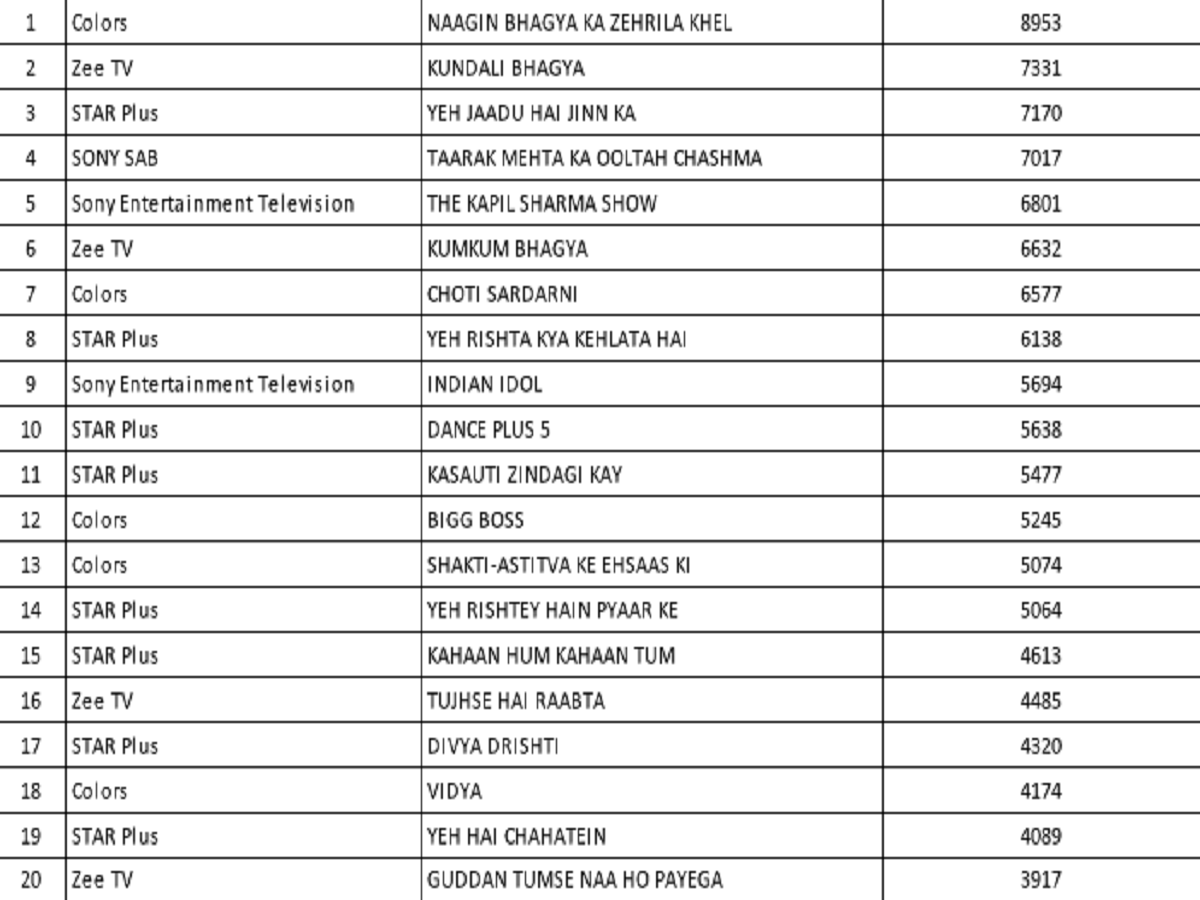